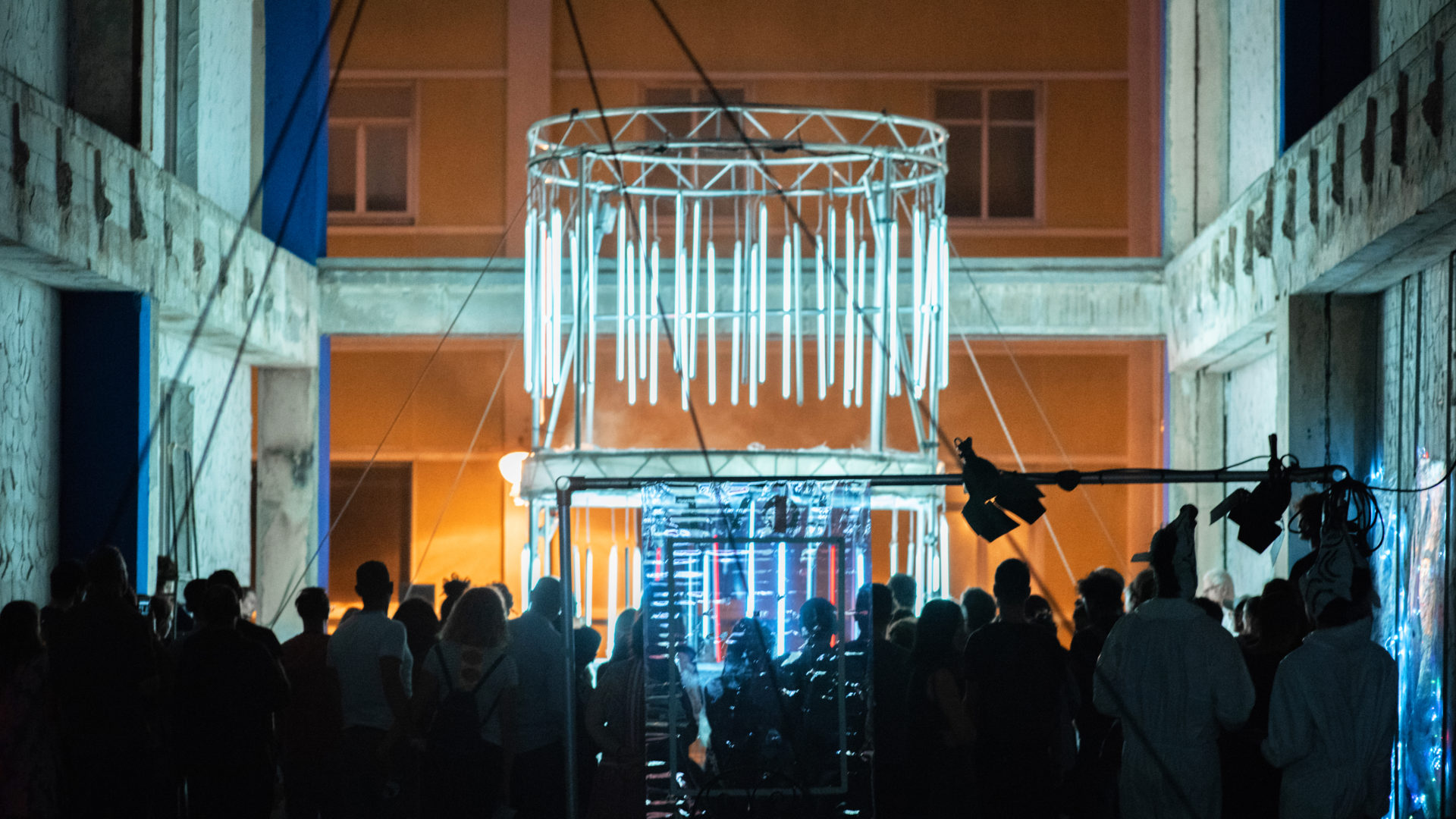 On the occasion of 150 years of the annexation of the 20th arrondissement with the 11th, creation of a performance at the crossroads of Belleville, real border point between four boroughs. It was to form a colorful and poetic carousel, recalling the carousel present next to the crossroads and the circulation of the day. Talk about this crowd and this incessant rotation, summoning Edith Piaf, born, according to the legend, in the street of Belleville. A radio pirate broadcast on 107.9 live invited the curious to enter the round.